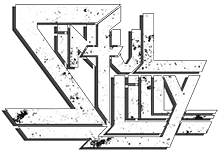 HOW IT ALL BEGAN

Since their 2016 debut EP “Moment of Clarity, Vol. 1,” Richmond, Kentucky’s Sinful Lilly have been delivering high-octane Metal with equal doses of Glam, Gore and Industrial Rock. The band is the brainchild of Fredi Handshoe (Lead Vocals/Guitar) and Nikki Valklix (Vocals/Bass). When performing live they are joined by Jimmy Wooten on drums. The group aptly describes their sound as, “…tongue-in-cheek horror, humor and sexiness like a baseball bat to the face.”

The band’s sound is an unapologetic nod to the Hard Rock legends that came before them, with plenty of West Coast style and East Coast grit. To that end they have appeared on a number of albums in tribute to Hard Rock legends like KISS, Black Sabbath, Van Halen, Iron Maiden, Metallica and the de facto godfather of their entire vibe, Alice Cooper. They have toured around the country, often in support of Rock & Roll giants.